The main reason that visitors come to the Port Macquarie observatory is to experience the presentation and to look through the observatory telescopes at objects in the southern sky.  They are also informed of the significance of what they are viewing and how far back in time the events being observed have occurred.

The observatory is open to the general public on Friday and Sunday nights throughout the year (see Calendar).
Special presentations to patrons such as school, church, tourist and community service groups may be booked outside these set evenings.

The observatory is also open to the public on other occasions when there are significant astronomical occurrences.

We are proud to have Professor Fred Watson as Patron. 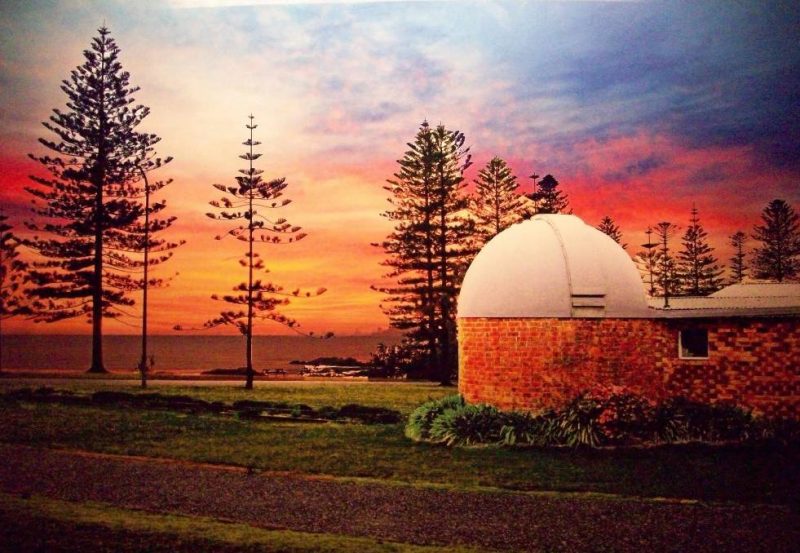 Port Macquarie's long connection with Astronomy dates back to 1885 when William John MacDonnell built an amateur observatory behind the Bank of New South Wales which he managed.

The current observatory was built in 1961/62 through the efforts of Albert York a retired master builder and architect. He intended building an observatory on the top of a building in Joffre Street but was opposed by a neighbour.

The local council enquired into the matter and among those on the committee of enquiry were some Rotarians. They became interested in the idea of an observatory in Port Macquarie and Albert York was asked to address a meeting of the local Rotarians.

As a result of the speech Dr. McLaren suggested that Albert York inspect a 5 inch telescope that was lying in disuse at the local Hastings District Public Hospital. The telescope was a gift from Bob Stanfield, a publican at Port Macquarie to be used for viewing ships at sea.

Due to the size of the telescope it was realised that it would need to be housed in a proper building. Albert York was asked to draw up plans for an observatory. The local council approved the plans and the Lands Department set aside land in Rotary Park for the observatory.

The Rotary Club made the construction an official project and the observatory was built during 1961/62. The 5 inch telescope was installed in the building and the Port Macquarie Observatory was born.

A public meeting was held in the C.W.A. hall where the Port Macquarie Astronomical Association was formed with Albert York as the first president. He held this position until 1983. He passed on in 1984 at the ripe old age of 94.

Since then an auditorium has been added to the building and the original 5 inch telescope has been replaced with a 14 inch. The observatory is the home of the Port Macquarie Astronomical Association an active group of about 50 members.

Over the last few years equipment has been upgraded. Our open night presentations have been upgraded and this will continue with the use of high tech video and audio equipment.

We at the Observatory are proud of our past and look forward to an equally exciting future and are currently planning the new Port Macquarie Observatory & Science Centre.

The new complex will become an astronomy/science hub and have presentations and static and tactile displays to suit all ages.

The planned $4.5m project will be constructed in stages.

Thank you to the late Jim Daniel for much of the information in this article. 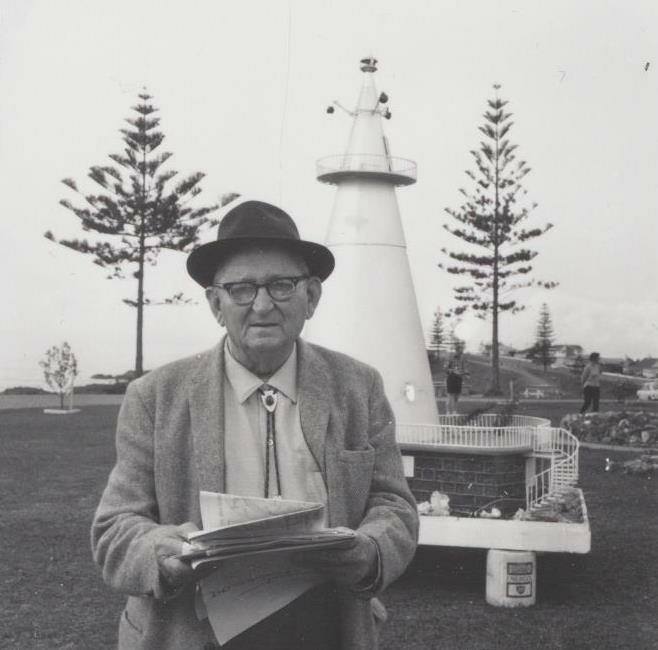 Mr York with model of the Observatory 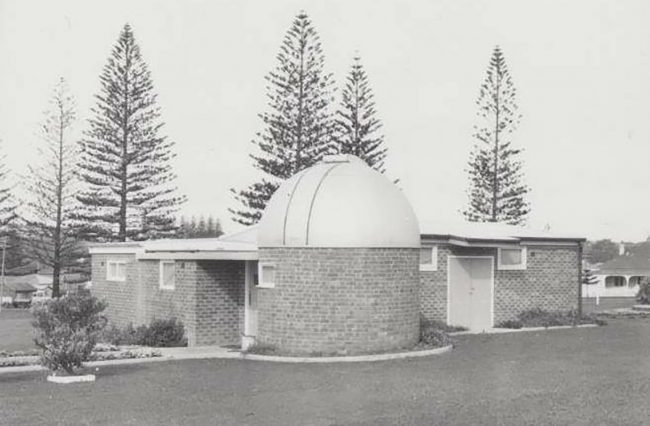