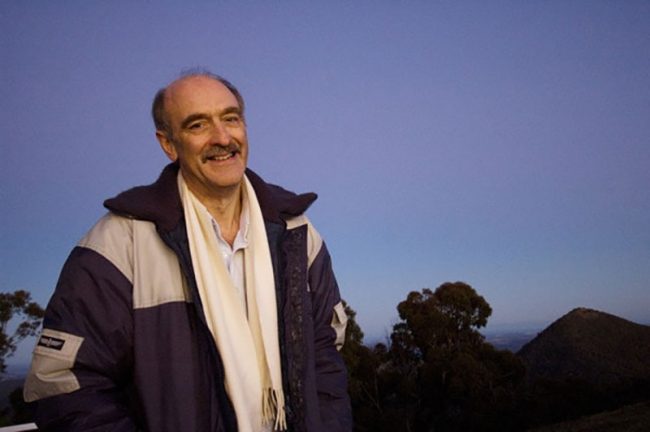 Fred Watson, Astronomer-at-Large, Science Commercialisation SKA and Astronomy Branch is a master of the night sky. His years spent researching and analysing all things from planets to asteroids has rendered him a beacon of knowledge and experience in the field of Astronomy.

He was a pioneer and innovator in Multi Object Spectroscopy, developing fibre optic systems for the AAO and UK Schmidt telescopes in the early 1980s, leading to the 2DF, 6DF and the current Taipan system.

He was the Astronomer in Charge of the Australian Astronomical Observatory at Siding Springs Observatory, where his main scientific interest is gathering information on very large numbers of stars and galaxies. He is also an adjunct professor at the Queensland University of Technology and the University of Southern Queensland.

Fred is well-known for his astronomy slots on ABC radio, and his books including “Stargazer – the Life and Times of the Telescope”, “Why is Uranus Upside Down? and Other Questions About the Universe, (which won the 2008 Queensland Premier’s Literary Prize for Science Writing) and the ABC’s blockbuster, “Universe”, for which he was chief consultant.

He now is working for the Department of Industry, Innovation and Science in outreach, education and advocacy, and his latest book Cosmic Chronicles was released in October 2019.

He also has an asteroid named after him, 5691 Fredwatson, but says that if it hits the Earth, it won’t be his fault!